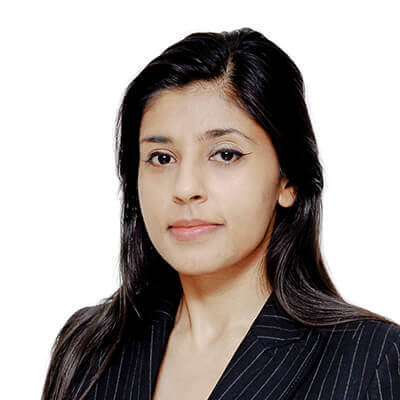 Vina qualified as a solicitor in 2014 and has practised immigration law since 2016, specialising in cases with a Human rights and European Law element.

A well-reputed Advocate and specialist in European and International Law, she has co-drafted an application pro bono for the European Human Rights Advocacy Centre, which went on to win before the European Court of Human Rights

Having studied and worked at world-renowned organisations throughout Europe, Vina has first- hand experience of working within the legal departments of the European Commission and the European Court of Justice.

Vina is a fluent speaker of German and French. Vina holds an LLB in European Law and has studied law at the Universite de Lille in France and Saarbrucken University in Germany. Vina won a scholarship to study European Law at the College of Europe in Bruges and holds a Masters degree in International Law awarded at Kings College London.

Vina is an energetic and highly focused Solicitor-Advocate who adopts a robust, concise and proactive approach towards client needs.

Having specialist DA solicitors like Rachel in the county make Yorkshire’s women safer. This really is great news! I’ll definitely share this firm to women who reach out to me for advice now there is a fixed Yorkshire base ! https://twitter.com/rachelhorman/status/1314310445281484812